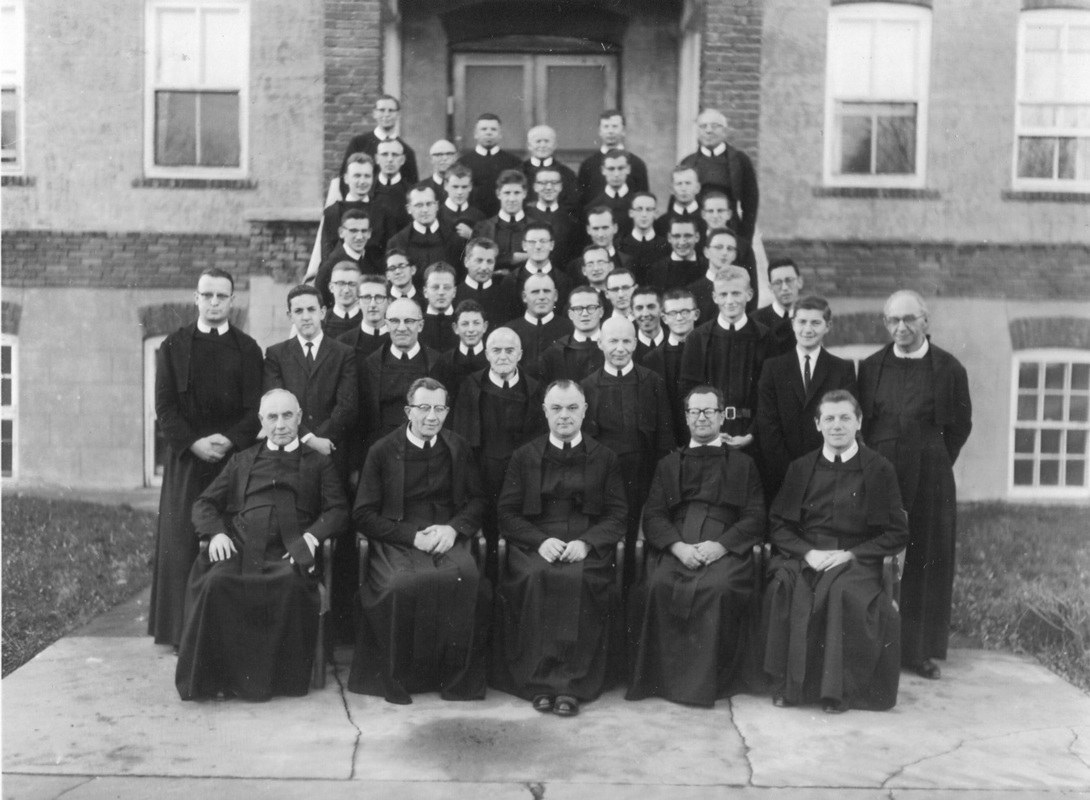 On a cold winter night an apprehensive teenager stood on the airport tarmac in Edmonton Alberta. Behind this lad rested a silver white DC-8 that ferried him from New York. Directly in front, strangers starring through an airport terminal glass window.

Inside the terminal, two strangers and a familiar face greeted our traveler. Sensing his nervousness, they reassured him he was in a wonderful place as they whisked him out of Edmonton and onto a deserted highway. As the car sped east towards a farm in a sleepy town named Mundare, the conversation turned to a prep talk on what laid ahead.

Alex the familiar face hinted that accommodations at the new place were not as comfortable as what our traveler was accustomed in the country club setting on Long Island New York. Alex continued and the others joined in to describe a living environment with some limitations.

Winter cold was a concern, but mitigated by boarded and taped windows and doors. Fortunately plenty of candles were available to provide light when the electricity fails. Given the distance from civilization, World News and Events were not very current. Indoor plumbing was at a premium and therefore the need for outdoor Water Wells and Outhouses (outside bathroom Facilities).

When I finally arrived at my new home, the description my escorts painted was too kind. Entering the candle lit reception room, my gaze was directed at a New York Times Paper dated 1912 on the lopsided rectangular table. The bold headline warns of War in the Balkans. A voice in the mist of the gathering remarked, “It’s not current”. True to the warning during the car ride, the windows were boarded and taped. But there were other distractions. Garbage
littered the floor, even though garbage cans and brooms were nearby. Chairs were overturn, not sure why. It was also apparent that my new friends had vision problems. All the pictures and painting on the walls were crooked.

In the less clutter section of the room, young men, some with heads covered with monastic hoods formed a reception line. The intros went like this: Hi, I am brother Jeremiah, I am brother Ezekiel, I am brother Habakuk, I am brother
Zephaniah, I am brother (followed by non-English mumbling). At the end of the line were three known faces, brother’s  Peter, Leo, and Steve. They were either ill or trying not to burst into laughter.

A  deadly silence followed the introductions, interrupted by the ringing of a loud bell. Suddenly the lights went on, the candles were blown out, and a 2 by 4 piece of wood under one of the legs of the lopsided rectangular table was removed. Garbage was tossed in the cans and boards and tape from the windows came down. Everyone streamed out of the room towards the chapel for evening prayers.  My prayer that evening was simple, “Lord help me escape from here”

I did escape, but not before cementing great friendships, learning life enriching lessons, and developing a passion for science. One of my enduring Canadian friendships is Father Mark, a Byzantine Ukrainian Catholic Priest who dedicates his life as a spiritual guide to multiple congregations. We stay in touch with emails and phone calls. Father Mark is my primary source for this series of  “Letters from Canada” articles.