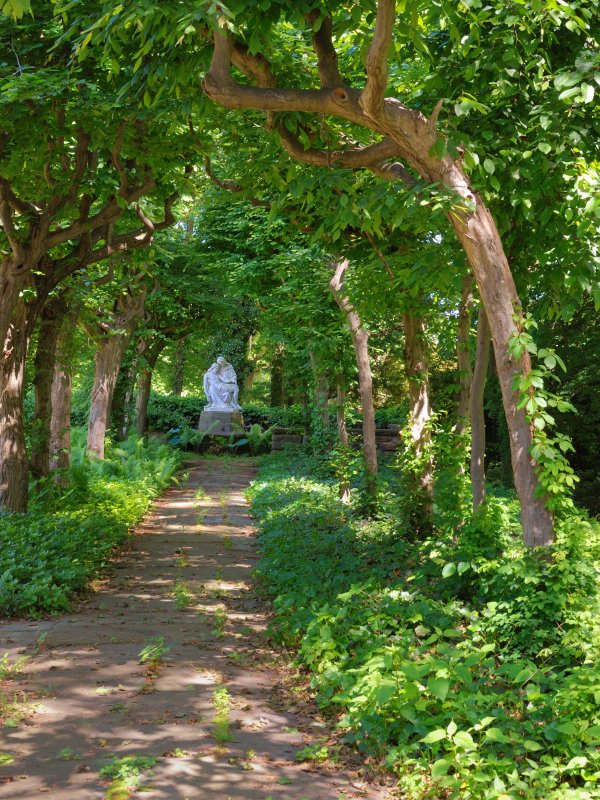 Continued from “Letters from Canada -  8”

In a recent address to seminarian students preparing for the priesthood, Pope Francis I encouraged the young men to enter their profession with joy and optimism. For some this will come to past. From the very first day as priests their exuberant will spill into kindness, caring, compassion, helpfulness, and support, for all God’s children that cross their path be it Atheists, Judaism, Protestants, Muslims, Hinduism, Catholics or other religious traditions. They will always imitate the example set by Jesus even if it means their own discomfort or bending and sometimes breaking Church rules. In turn their flock will adopt the dedicated priests as family members and provide them with encouragement and emotional support that everyone needs on the journey in life.

Unfortunately many of newly ordain priests will go down a different path. Joy, optimism, and enthusiasm will quickly be converted to frustration and disillusionment. They will be trapped by a catholic hierarchical bureaucracy (Roman Curia & Bishops) focused on dogmas, rituals, rules, traditions and fund raising on one side and on the other side a church congregation demanding their comfort zone (a myth that Catholics are better people than everyone else) and status quo be preserved. Any ideas or changes for spiritual improvement will be met with harsh resistance and critical letters to the Bishops.

No surprise that in affluent countries, the recruitment to the ranks of the all-male priesthood has been in continuous decline. As a result men of questionable moral and character integrity penetrated the church’s recruiting and training program resulting in a few criminal pedophiles. Less known are the large number of priests who are lonely, bored, and develop an alcoholic addiction. Add to this mess the recruitment of priests from poverty stricken or Eastern Europe countries who see the Catholic priesthood as way out of poverty, a good education, and a better life in Canada or the US. In the end some of the men from this group turn out to be good people and spiritual leaders, others ended up adding to the church’s problems.

We now turn to the people in leadership roles that have the responsibilities to guide the priests in their vocations to serve the people of God. You would think that the criteria for elevating priests to the ranks of Bishops would be based on their exemplary dedication in helping people realize that being with God is their final destination in the journey of life and helping them achieve and fulfill their destiny. Unfortunately in realty the criteria for the office of bishop are first no major scandals in one’s personal history, second defend church dogma and finally the ability to successfully manage and grow the Church’s territorial jurisdictions and wealth. Success is rewarded by living in mansions, riding in chauffeured luxury cars, and hanging out with the elite in society. Even sadder is that some bishop’s loyalty is only to the institutional church and not their vows to serve God and humanity. This explains the cover up of the sex, alcohol and other scandals.

Modern understanding is that the Pope has religious authority over all the Catholic Bishops and faithful. In reality a close knit entrenched conservative community of Italian Cardinals and Clergy under the title of the “Sacred College of Cardinals” also known as the “Roman Curia” has been running the whole show in the past and also in the present. Most information and communication filters through the Roman Curia where it is censored and skewed before it reaches the Pope. In effect they control the decisions and polices that people attribute to the Pope. One of very first changes that Pope Francis implemented was to bypass the Roman Curia by selecting a group of eight
Cardinals from different continents to directly advice and counsel Him in running and reforming the Catholic Church.

It is obvious from the very first day of his elevation to the Papacy that Pope Francis is a very different Spiritual leader. First he talks to everyone in normal language instead of the sanctimonious where every second or third sentence is “Holy this” and “Holy that”. Pope Francis is living in a modest Vatican hotel apartment instead of the nice papal palace apartments. He avoids Vatican formal social events, usually musical concerts where everyone is dress in their splendor and the who’s who in religious, political and entertainment circles are in attendance.

Pope Francis is also trying to effect change on the policy side of the Catholic Church. He is the first person of stature to acknowledge that there are gay priests in the Catholic Church. He talks in terms of accepting and not condemning or unfairly judging the gay community. Pope Francis wants to create a policy document titled “The Theology of Women” that incorporates women into leadership roles in the church. This is going to be the first step in addressing the inequality of the Catholic Church towards women. In general this Pope is sincere in reaching out and helping out the marginalized in the human community.

Pope Francis is a real humble (verse false humility), honest, kind, compassionate, caring, and loving Human Being. Catholics have a right to question whether Pope Francis is really a Catholic!