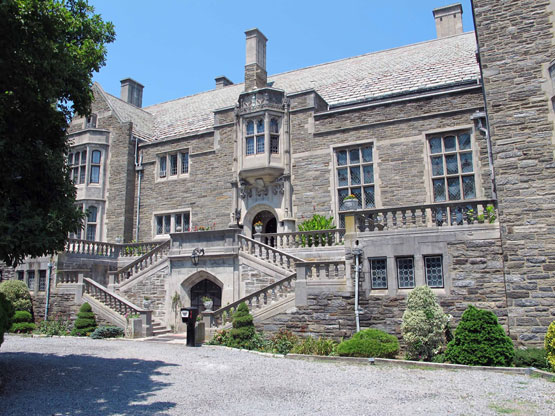 Father  Mark:  In every congregation there are members that are known to all but very liked or disliked by some. William a successful financial banker comes to mind. He’s rich, smart, opinionated and at the same time charming and engaging.

William is also a very conservative Catholic. All matters of morality and human behavior are right or wrong, good or bad, true or false, with nothing in between. He faithfully follows the precepts  of the Catholic Church and has disdain for other religious traditions.

In his family life, William is married to Alice, a great elementary school teacher.  His seven year old son Steven is a miniature clone of his father. Even their suits match. But there is trouble in paradise. Mary, a junior in middle school  is a rebellious teenager always arguing with her father, at odds with authority,  and very distrustful of me.

My friendship with Susan (Lawyer) dates back to my college days at the University of Ottawa in Ontario Canada. At the University, philosophy would dominate my academic curriculum. But unlike my colleagues who focus only on philosophical courses, I enrolled in Mathematics classes, starting with Algebra Analysis.

On the first day at the University, my first class was in Algebra Analysis.  Apprehensive and self-conscious, I arrived early and quickly jogged towards a rear desk by the windows. Something was wrong, for I could not sit down at my desk. As I nervously stared at the desk wondering what’s wrong, someone was laughing in the adjacent row. I turned around and an attractive smiling girl pointed out that the desks by the window were designed for left handed people with the hand rest on the opposite side of a normal desk. Susan
introduced herself and I just realized another personal weakness, shyness.
I sat at a desk next to her and we talked. Actually she did most of the talking.
I almost mentioned that I was studying to be a Catholic Priest, but I did not want her to flee, and so I did not mention it until at much later time.

From that time on, Susan and I remained friends and studied Mathematics together in the University Library. Once when I was ill and missed a few lectures, she shared her class notes and helped me come up to speed. But what I cherish most of our College days was an unexpected act of kindness. In our pre-calculus trigonometry course, calculators were required. Her calculator was top of the line, mine was crappy. Looming that week were critical tests, and my calculator performed its last function two days before the start of testing. As I was pondering and worrying in the library about passing the tests without a good calculator, Susan appeared at my table and greeted me with a “Happy Birthday” . With a smile and a warning to pass the pre-calculus tests she gave me a new good calculator. I thanked her profusely and did well on my tests.

In  “Letters from Canada -2”, both William and Susan were critical of my Sermon about the parable of the “Talents”. Below is William’s critique, and in the next “letters from Canada” I will present Susan’s

William (CEO):  I liked how Father Mark illustrates the teachings of Jesus using as examples the people of our time. Mother Theresa, a Catholic and Saint, was a great choice. But Howard Buffet was not. Howard’s good fortune was inherited from his Father and not earned. For Howard, working on the farm is nice hobby, and helping a few farmers is commendable. Need to remind everyone here that in scripture good works must be accompanied by faith and Howard does not invoke or give proper credit to God.  On the other hand, I and my wife and son go to a Catholic Church every Sunday, help the poor with generous donations, and I am role model and pillar of the community. Why was my personal story of a person who made good investments and accomplished a lot, not used as  an example in Jesus’s parable of the “talents”?